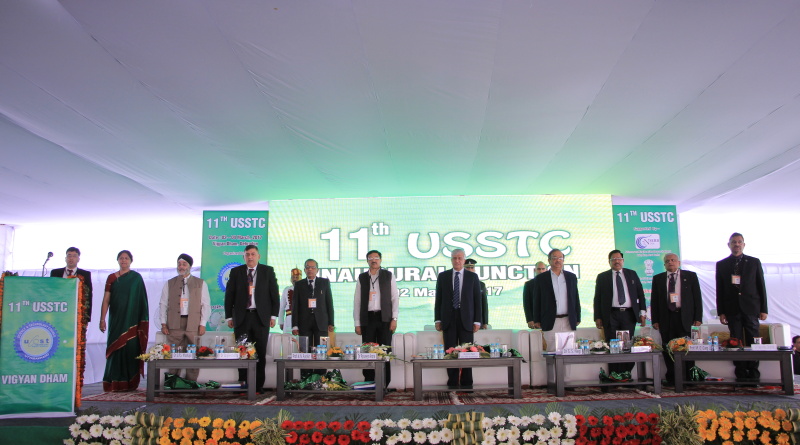 In presence of more than 600 renowned scientists, educationalists, research scholars and young scientists from all over the Uttarakhand State, His Excellency the Governor of Uttarakhand    Dr. K.K. Paul inaugurated 11th Science & Technology Congress of Uttarakhand hosted by Uttarakhand State Council for Science and Technology (UCOST) at Vigyan Dham, Jhajra, Dehradun today. On this occasion Governor Dr. K.K. Paul said that there is a great need for cultivation of scientific temper amongst youth and masses in Uttarakhand so that fruits of Science and technology may reach up to poor’s for their economic upliftment.Governor Dr. Paul in his inaugural speech at the opening of the 11th Uttarakhand State Science and Technology Congress (USSTC-2017) said that there is definite need of industrial growth in utilization of aromatic plants sector, agricultural crops, vegetables and fruits specific to hills through food processing units through technologies, technical inputs and expertise.

The Governor hoped that this congress, in its deliberations, will   evolve strategies that would be pivotal and exemplary in promoting the processes of the sustainable development in Uttarakhand, particularly its mountain areas.  He said Uttarakhand being a hub of education with 26 universities and several other state and central government institutes must translate into the sustainable development of the state and must set an example for country. He said patents should be potentially exploited for commercialization. Dr. Paul gave learning to young researcher of Uttarakhand that “Way to Laxmi is through Saraswati”.

Director General, UCOST, Dr. Rajendra Dobhal delivered Welcome Address and said that discussions between young and senior researchers on novel scientific discoveries and researches as well as findings will open new potential and avenues for the holistic development for our hill state and its people.

On this occasion Special Address were delivered by very eminent and experienced scientists and academicians as Special Guests on dais.

The vote of thanks of the inaugural ceremony was given by Dr. Piyush Joshi of UCOST. During forenoon the NASI Plenary Lecture was delivered by Dr. S.P.S. Khanuja, Former Director, Central Institute of Medicinal and Aromatic Plants, Lucknow on the topic “No-limits–agriculture: the innovation path of translational science enabling livelihood and entrepreneurship”.

In the afternoon of first day of the State Congress, parallel Popular Lectures in different seminar halls of Regional Science Centre and UCOST were delivered by two senior and experience experts under the disciplines of Life Sciences and Physical Sciences. 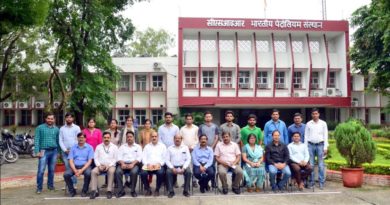 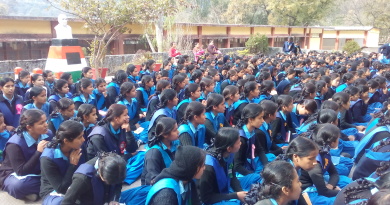