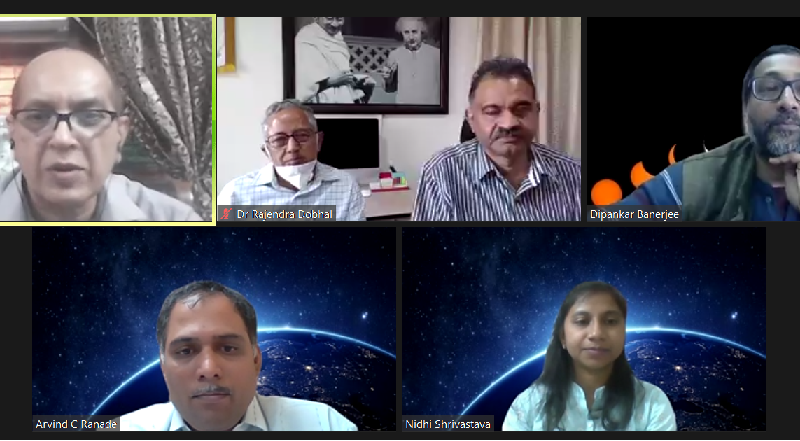 A National Webinar on “Annular Solar Eclipse 21 June, 2020” was jointly conducted by Uttarakhand State Council for Science & Technology (UCOST), Dehradun; Vigyan Prasar, Department of Science & Technology, GoI, New Delhi  and Aryabhatta Research Institute of Observational Sciences (ARIES), Nainital during 15th June-2020 from 12:00 Noon to 2:00 PM. The annular phase of this solar eclipse is visible from parts of Africa including the Central African Republic, Congo, and Ethiopia; south of Pakistan and Northern India; and China. Dr Nidhi Srivastava, Project Scientist, Vigyan Prasar Welcome the experts and conducted the session. In the inaugural speech, Dr Rajendra Dobhal said that we will organize this type of program in larger scale in the near future in the Science Centre. Dr G. S. Rautela, former DG, NCSM & Advisor, Science City told that we taught the Solar Eclipse to the visitors with the help of Exhibits in the museum. Dr B.K.Tyagi, Scientist ‘F’, Vigyan Prasar told about the Annular Solar Eclipse. He said that the main of this program to scientifically overcome the myths behind the solar Eclipse scientifically. Dr Dipankar Banergy, Director, ARIES, Nainital told that how & why it happened.  He described it with the help of beautiful examples. The last panelist Dr Arvind C. Ranade, Scientist, Vigyan Prasar told that there are 5 stages of an Annular Solar Eclipse. He explained how to calculate the duration of Eclipse. In the last Dr D.P.Uniyal, Joint Director, UCOST, Dehradun proposed a vote of thanks and promised that we will organize such webinar in near future in different topics in collaboration with  Vigyan Prasar & ARIES. Nearly 356 Participants attended the webinar. 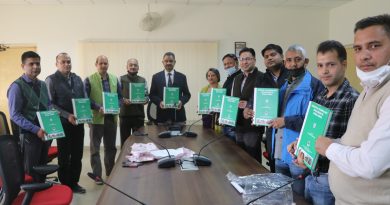 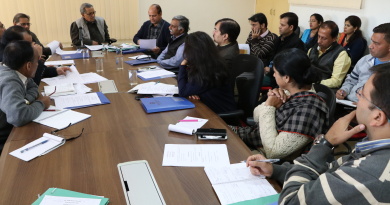