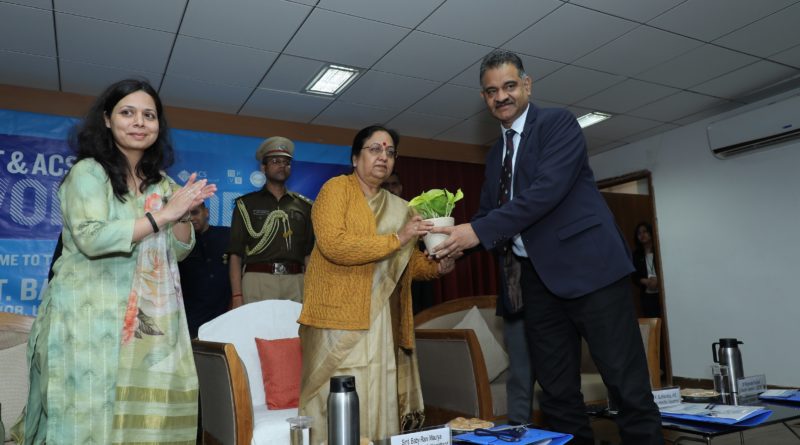 A day long workshop on “Master the Publishing Process” organized at Regional Science Center Dehradun in UCOST premises Vigyan Dham on 25th November, 2019. The workshop was organized by Department of Science & Technology (DST), Government of India and American Chemical Society (ACS), Washington DC in association in collaboration with Vigyan Prasar, Government of India and UCOST, in which more than 250 researchers, PhD and PG students of various universities, institutions and colleges of the state participated. In the inaugural session, Chief Guest Dr Rajendra Dobhal said that researchers are the backbone of knowledge creation which leads foundation of holistic development of the society. He also emphasized that they should also focus on issues of intellectual property rights (IPR) of their research. The gathering was also addressed by DrRashmi Sharma, Scientist, DST, New Delhi and DrDeeksha Gupta, Assistant Director (Editorial), ACS.  The inaugural session was followed by technical sessions in which Dr Narayan Pradhan, Professor, Indian Association of Cultivation of Science (IACS), Kolkata and Editorial Advisory Board of Journals ACS Energy Letters and Chemistry of Materials delivered lectures on “Attributes of high quality research paper”. He also conducted activities on related topics among participants. Dr Nikhil Jana, Professor, IACS, Kolkata and Associate Editor, ACS Applied Nanomaterials delivered lecture on “Ethics & Plagiarism in Scientific Paper writing”, which was also followed by activities based on the lecture. Dr Ajay Jha, Development Editor, ACS Publicaion also interacted with the participants on “Ethics in scientific paper writing and copyright”. These activities were kind of competitions in which five best performers were awarded by the Chief Guest in Valedictory session. Both the eminent speakers explained how a quality research paper comprising all the required headings within the scope of journals can be written using background information, methodology, rational treatise of obtained data with proven facts and available information, and concluding remarks along with ethics and plagiarism. They also showed how to check the plagiarism in the papers. Later, an open discussion was organized under, “Publishing Panel: Ask Me Anything”, in which participants interacted with the speakers and asked questions related to their subjects.

In the afternoon session, lecture on “Popular Science Writing” was delivered by Dr Ajay Jha of ACS.  He said that science popularization is entirely a different but unavoidable task in scientific research. He emphasized on how to write a good quality popular science article so that a common man can understand the scientific facts behind it. Later, DeijiDeorari, ACS Publications delivered a lecture on “Resources at ACS to Advance Your Research”, in which she showed various resources at ACS like membership and benefits; ACS Guide for scholarly communication; ACS C&EN magazine for updated information on quality science; ACS PODCASTS for live video or webinars on various topics of chemistry; ACS Student Chapter, travel grant and ACS fellowships. She also explained on how ACS empowers researchers in career development. It was followed by a quiz competition, which was organized on the occasion of International Year of Periodic Table (IYPT).

The valedictory session was Chaired by Hon. Governor Smt Baby Rani Maurya. In her address, she appreciated the efforts of organizers ACS, DST, Vigyan Prasar and UCOST for organizing skill-enhancing workshop for early career researchers focusing on scholarly publishing, peer review, ethics and plagiarism, science communication and careers opportunities would of immense use. The gathering was also addressed by Sri R.K. Sudhanshu, IAS and Secretary, Department of Information Science & Technology. Sri Sudhanshu shed light on ethics in the scientific research and thanked organizers for selecting the Regional Science Center as venue. Hon. Governor awarded five students who performed best in the activities conducted during technical sessions.

On this occasion, scientists / researchers of about 35 universities were present. 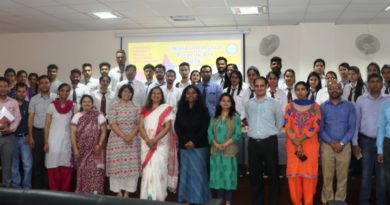 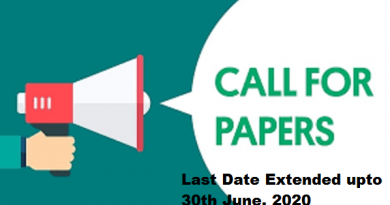