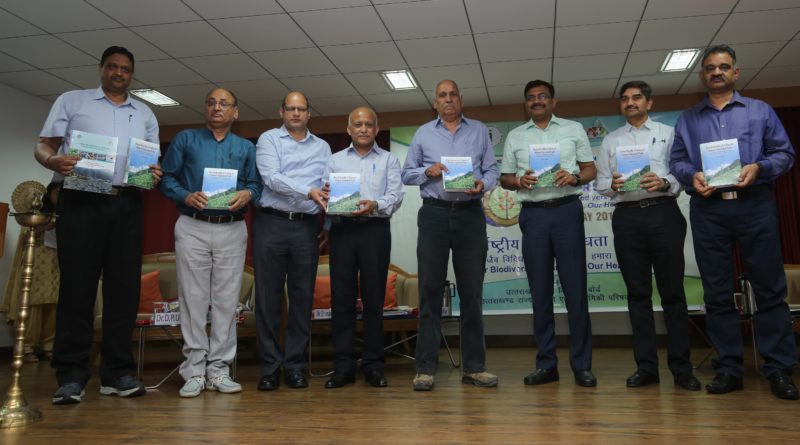 The United Nations has proclaimed May 22nd as the International Day for Biological Diversity (IDB) to create awareness about the importance of biodiversity conservation and initially, 29th December was designated as the “International Day for Biological Diversity” (IDB) in the year 1993, i.e. the date of entry into force of the Convention of Biological Diversity. Later, in December 2000, the UN General Assembly adopted 22nd May as IDB, to commemorate the adoption of the text of the Convention on 22 May 1992. Each year, IDB is celebrated on some theme declared by the CBD Secretariat. This year, “Our Biodiversity, Our Food, Our Health” has been selected as the theme for celebrating IBD – 2019.

This year ‘s celebrations of the International day for Biological diversity focus on Biodiversity as the formation for our food, health and a key catalyst to transforming food systems to improving human health. The theme aims to leverage knowledge and spread awareness of the dependency of humans on Biodiversity and Healthy ecosystems.The theme celebrates the diversity provided by our natural systems for human existence and contributing to other sustainable development goals including climate change mitigation and adaptaton, ecosystems restoration and cleaner water.

The Guidelines aim at making food, health and ecosystems more mutually supportive on the principles of conservation and sustainable use of biodiversity. It provides technical guidance to policy makers, decision makers and managers with responsibilities covering food and health situation in developing countries as well as in developed world.Celebration of the IBD 2019 under this theme provides an opportunity to raise awareness and action towards the contribution of biodiversity to maintain our food and health. It is a well known fact that nature based Tourism including the indeginous culture and food recepies has emerged as an important source of livelihood for people living in remote parts of the State. Many young enterprising youths have established big and small resorts, home-stay facilities and other amenities for catering with organic food to nature loving tourist.

Celebration of International Biodiversity Day-2019 with ‘Our Biodiversity, Our Food, Our Health’ as its theme presented a good opportunity for creating awareness among students and society. On the ocassion of international biodiversity day-2019, an event was organized by Uttarakhand Biodiversity Board in collaboration with UCOST at Vigyan Dham, Jhajhra, Dehradun. The chief guest of the event was Mr. Anand Vardhan, IAS, Principal Secretary, ministry of forest and environment, Government of Uttarakhand. Programme was started by Deputy Director, UBB by welcoming the chief guest and other dignitaries. The Member Secretary, UBB addressed about the role of UBB in conservation of biodiversity in Uttarakhand. Chairman, UBB also addressed the audience and explained the importance of International Biodiversity Day in biodiversity conservation. The Key note speaker of the programme was Dr. Rajendra Dhobhal, Director General, UCOST, Dehradun. Various institutes/organizations working on Biodiversity conservation issues also participated in the event. The book entitled “Valley of Flowers” written by Dr. H. B. Naithani, Ex Senior Scientist, FRI and published by UBB along with PBR of Khola and Srikot were released by the Chief Guest and other dignitaries.

On the ocassion of IBD-2019, UBB rewarded Mrs. Sarojani Pundir, President, Shri Nanda Devi Smiriti Santhan, Nandasain, Karnprayag, Chamoli with second Gaura Devi Jaiv Vividhta Sanraksan Award-2019 for spreading awareness in the society to conserve the local bio-resources and other appreciable contributions by developing the Nanda Devi Smriti Van, Gaura Devi Smriti Van and Priti Van. Uttarakhand Biodiversity Board organized a photography exibition for students. In this exhibition we tried to show the plight of our holy river Ganga due to our activities. The aim of the exhibition being to make them aware about what we are doing with our rivers? At the end, vote of thanks was given by Dr. D. P. Uniyal, Senior Scientist, UCOST, Dehradun. 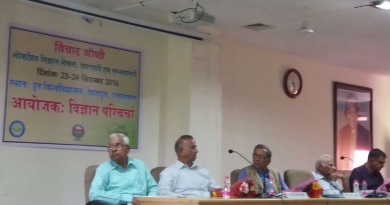 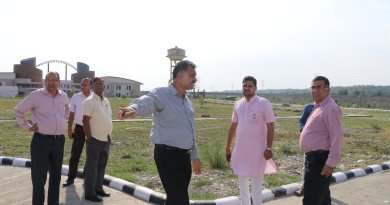 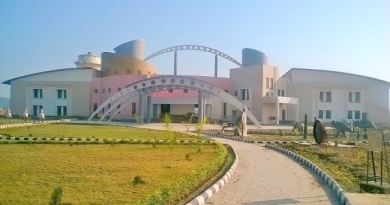